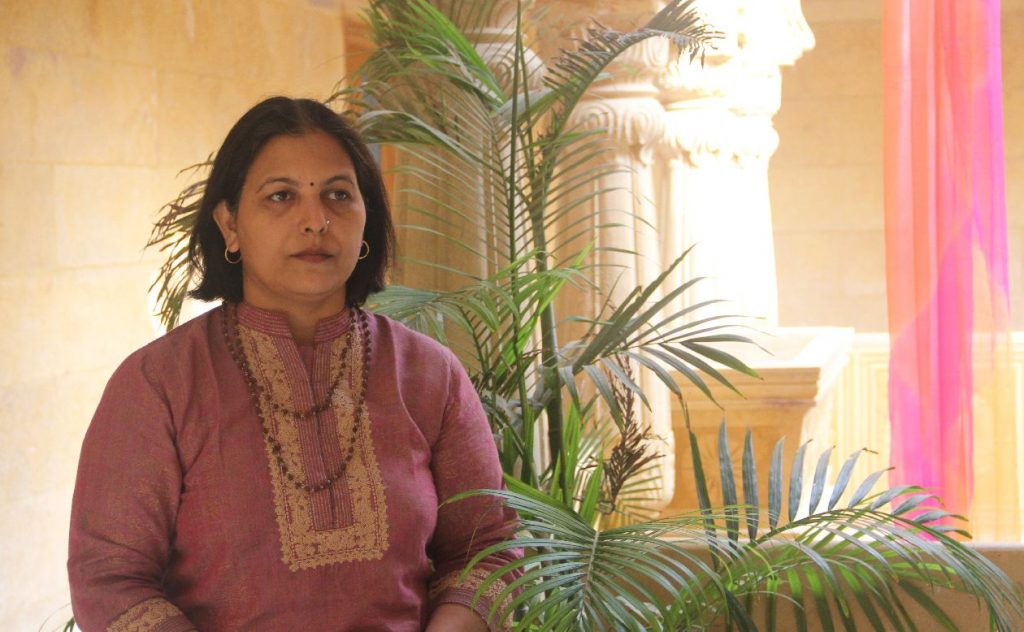 Jyotishacharya Ranjana Dikshit was born in Bijnore, U.P. India. She completed her M.A and B.Ed and is married to Piyush Pani Dikshit son of famous Litterateur and Freedom Fighter Shri Vishwa Prakash Dikshit ’Batuk’.
Her keen interest in the science of Astrology prompted her to work with her father-in-law for more than a decade. She went on to complete her qualification of Jyotishacharya and is a well-known professional today For the last 15 years Ranjana Dikshit has been using Vedic Astrology for helping people in resolving their issues for leading a better and healthy life. Ranjana Dikshit has acquired exemplary skills in resolving issues of Sadhe sati of Shani, Bhakut Dosh, Kalsarp Dosh, Manglik Dosh, Nadi Dosh and Horoscope matching.
Ranjana Dikshit firmly believes that we can’t change the time cycle but we can save ourselves with correct worship, chanting of simple mantras or wearing of proper gemstones.